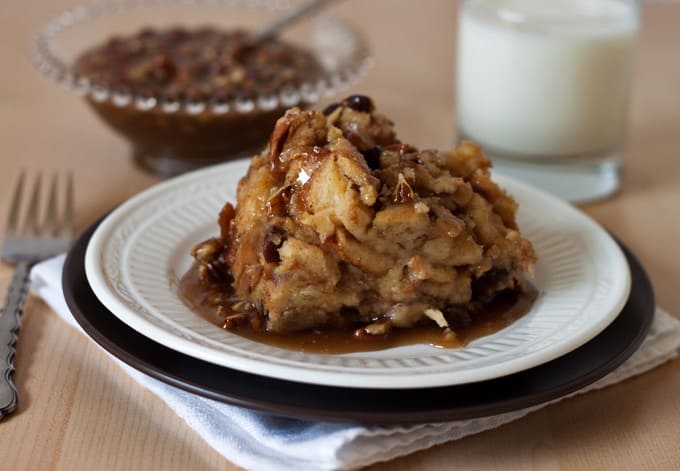 Old fashioned bread pudding made with a wonderful cinnamon burst bread, “baked” in the pressure cooker and served with a rich caramel pecan sauce.

My sister was visiting last weekend and said I should create a Southern bread pudding recipe for the pressure cooker. Since I’m always up for a challenge, on Sunday I put one together for breakfast. 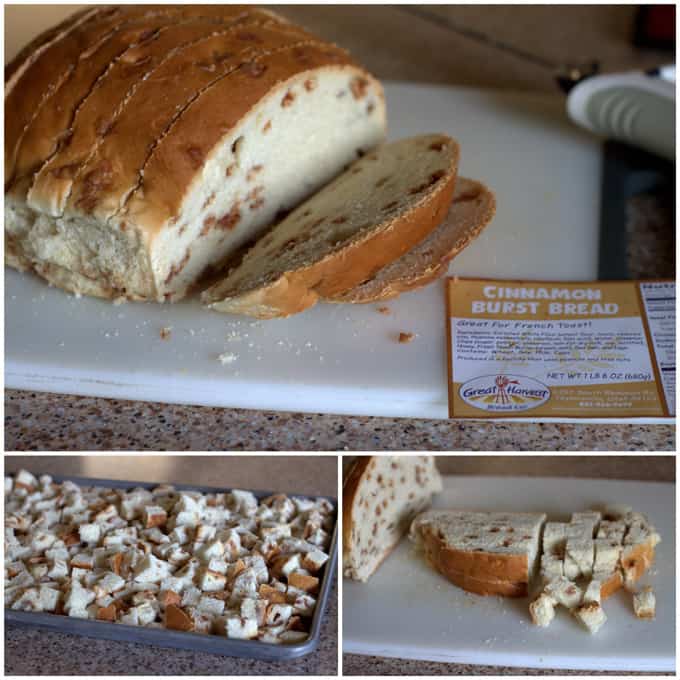 An Instant Pot is one of the most popular brands of electric pressure cookers. They are easy to use and your Instant Pot can help you create this delicious Cinnamon Raisin Bread Pudding with Caramel Pecan Sauce!

Great Harvest Bread Company makes a wonderful Cinnamon Burst Bread that I often buy to make French Toast. Bread pudding and baked French Toast are essentially the same thing, so I knew it would make a great bread pudding.If you’re not lucky enough to live near a Great Harvest store, you could substitute brioche or French bread.

The caramel pecan sauce makes this more of a dessert than a breakfast, but I couldn’t resist serving it for  breakfast. If you wanted to serve it for dessert, you could even add a little rum to the sauce.

Pour bread pudding into a buttered 1 1/2-quart glass or metal baking dish. (Be sure it fits in your pressure cooking pot.) Cover dish with foil. Prepare a foil sling for lifting the dish out of the pressure cooking pot by taking an 18” strip of foil and folding it lengthwise twice.

Lock the lid in place. Select High Pressure and set the timer for 20 minutes. When beep sounds, turn off pressure cooker, and do a quick pressure release to release the pressure. When valve drops carefully remove lid.

Remove dish from pressure cooking pot. If desired, put dish in preheated 350° oven for 5 - 10 minutes to crisp up the top.

In a small saucepan, combine brown sugar, corn syrup, heavy cream, butter and salt. Cook over medium heat, stirring constantly, until sauce comes to a boil. Reduce heat and simmer until sugar is dissolved and sauce is smooth. Stir in vanilla and chopped pecans.

*Cube the bread and toast on a rimmed cookie sheet in 350º oven for 20 minutes stirring occasionally. Cool bread before continuing with recipe. Can be done earlier in the day or the night before.