Forbidden black rice is a superfood. It has more antioxidants than blueberries with less sugar and more fiber. It has the nutty flavor of brown rice, but retains more of its nutrient-rich outer shell than brown rice. 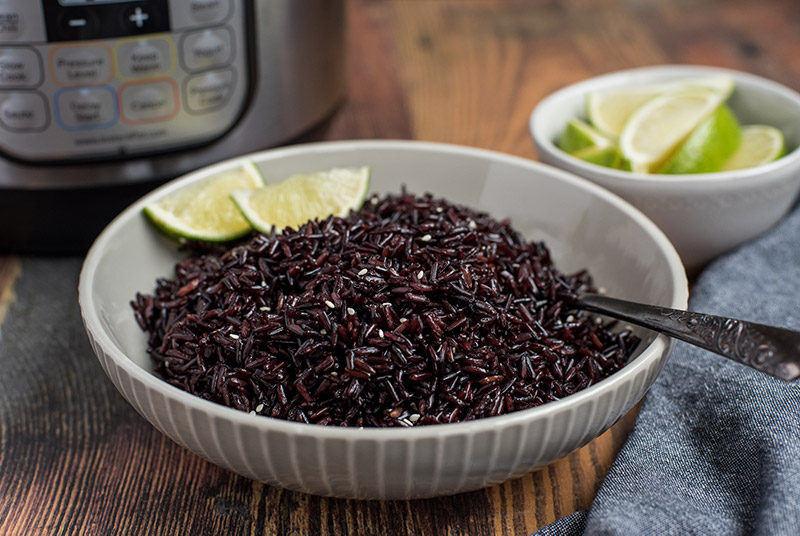 According to legend, black rice was grown only for the emperors of ancient China and was called forbidden rice, because it was off limits to the general public. I bought my rice at the bulk food section at Winco, so it’s no longer off limits to the masses. I recently had a reader ask me about the cook time for black rice, so I decided to give it a try.

An Instant Pot is one of the most popular brands of electric pressure cookers. They are easy to use and your Instant Pot can help you create this delicious Forbidden Black Rice!

The cook time for black rice is the same as brown rice in the pressure cooker. If you like the nutty flavor and chewy texture of brown rice, you’ll like black rice. I really enjoyed it, like the added healthy benefits, and it definitely adds drama to the plate. 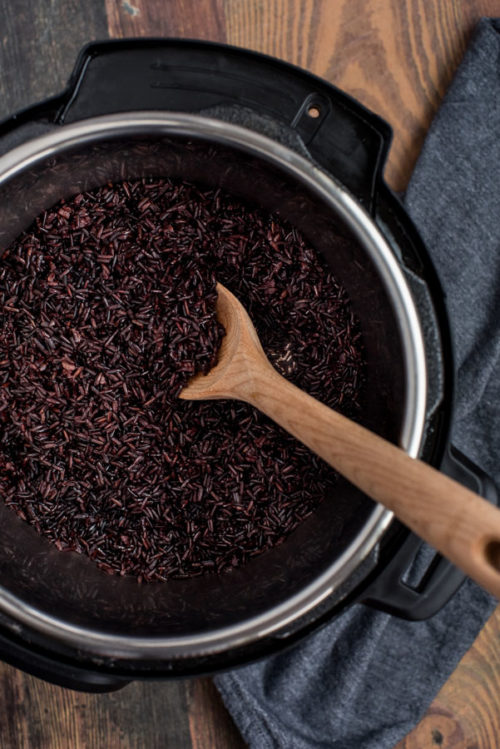 You can easily half or double (and triple) this recipe without changing the cook time. Plus, in the Instant pot there is no need to soak forbidden rice.

I served my forbidden rice with an easy orange chicken (I’ll post the recipe on Barbara Bakes on Friday) and steamed broccoli. I’ve also got a Black Rice Pudding recipe in the works.

Have you tried black rice yet? 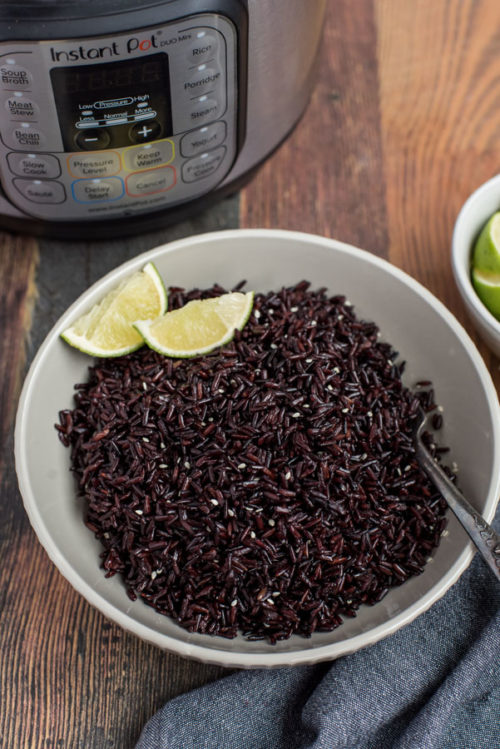 When valve drops, carefully remove lid tilting it away from you. Fluff rice with a fork. 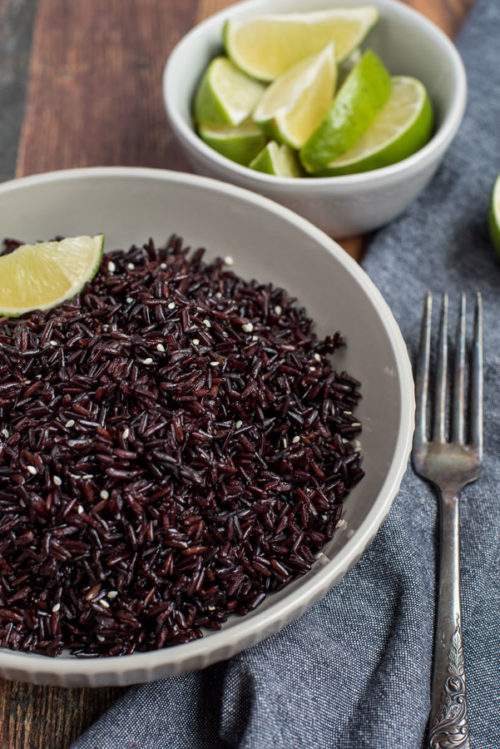