How To Convert A Recipe Into A Pressure Cooker (Instant Pot) Recipe
Pin96.6K
Share1.7K
Tweet
98.3KShares 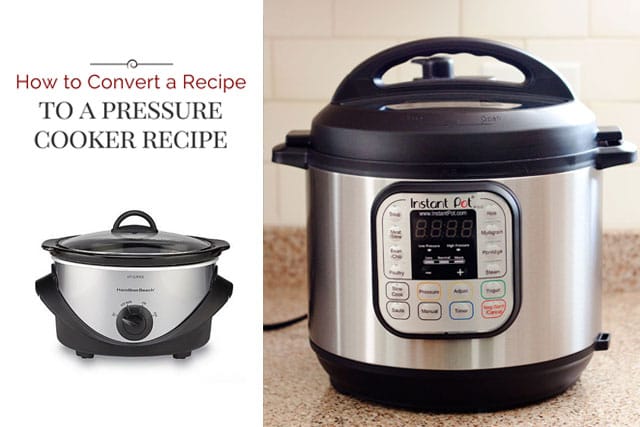 Before you convert a recipe, ask yourself: Is the recipe a good choice for the pressure cooker? 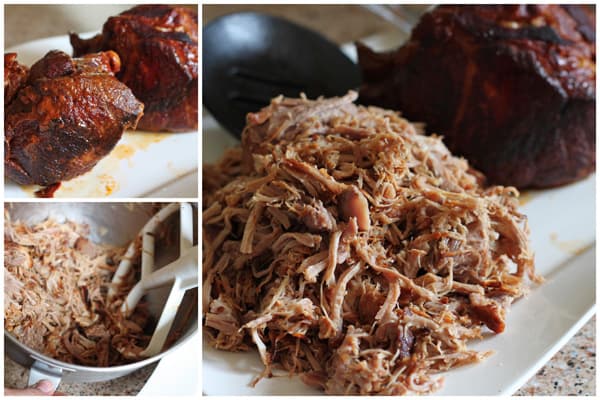 The pressure cooker excels at taking tough, fatty meats and turning them into tender, succulent meat. It excels at making soups quickly that taste like they’ve simmered all day long.

It’s also perfect for cooking root vegetables. Two of my favorite vegetables to cook in the pressure cooker are potatoes for potato salad and spaghetti squash. It’s the only way I cook rice now, and it makes cooking dry beans a breeze.

How do I know what cook time to use when I convert a recipe?

The next step is determining cook time. Ideally, you can find a similar recipe online or in a cookbook and use the cook time used in that recipe. Then change the ingredients to use the ingredients from the recipe you’re adapting.

What if the ingredients have different cook times?

If you’re cooking a dish with meat, the size and shape of the meat matters more than the volume of the meat. A big 3 lb. whole roast will take much longer to cook than 3 lbs. of the same roast cut into bite size pieces.

If they don’t have similar cook times consider cooking the longest ingredient first, then adding the vegetables, such as potatoes and carrots and cook for a few minutes longer.

For example, if you think the meat will take 50 minutes to pressure cook and your vegetables 6 minutes, cook the meat for 50 minutes and release the pressure. Add the veggies, put the lid back on, bring the pot back to pressure and cook for an additional 6 minutes.

You may be able to wrap quick cooking items in tin foil or put a pot on a trivet on top of the longer cooking item to slow down the cooking time.

How much liquid should I use when I convert a recipe to a pressure cooker recipe?

Generally 1 cup of liquid. If you’re using ingredients that contain lots of water, such as chicken, fruit or vegetables, you may be able to use less liquid.

Since there’s very little liquid loss when you pressure cook, you generally have to reduce the liquid in recipes like soups and braises so you don’t water down the flavor. 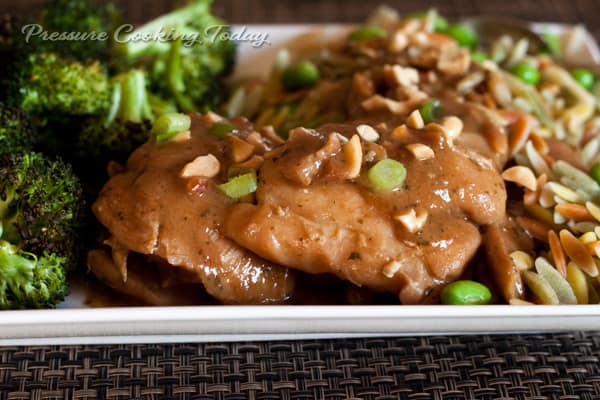 My Pressure Cooker Thai Chicken Thighs recipe is adapted from a slow cooker recipe from 365 Days of Slow Cooking. There’s slightly less than 1 cup of liquid in the recipe, but because chicken releases lots of liquid while it cooks, there was no need to change the amount of liquid. However, I was able to reduce the cook time from 6 hours to 9 minutes!

What ingredients shouldn’t I use in the pressure cooker?

If there are thickeners, such as corn starch or flour, in the original recipe, make a slurry and add them after pressure cooking. An example of how to make a corn starch slurry is my popular Beef and Broccoli recipe.

Don’t flour your meat before browning it. It can create a layer on the bottom of the pressure cooking pot that will prevent it from coming to pressure.

Should I do a natural or quick pressure release?

Meat generally benefits from a natural release but if you’ve got pasta or vegetables in the pot and you’re worried about overcooking the ingredients, use a quick pressure release. For more information visit my Quick Pressure Release or Natural Pressure Cooker Release post.

Keep a notebook of tips when you convert a recipe for the Instant Pot.

Cooking in an Instant Pot or other electric pressure cooker is easy, but you’ll want to make notes when you convert recipes to make in one.

Write down notes so you’ll know what changes you made and can tweak the recipe the next time you make it. Or, if you’re cooking from a cookbook, I’ve started writing notes in the margins so I can duplicate what changes I made.

Once you’ve adapted a couple of recipes, it gets easier. You learn to trust your instincts and use your senses.

If you’d like to print this post to keep in your notebook, I created a printable pdf version.

Now, it’s your turn. I’d love to hear your tips and tricks. If you have a tip that helps you convert a recipe, please leave a comment. If I didn’t answer your question about converting a recipe, leave me a comment too and I’ll do my best to answer it.

If you’re new to using the Instant Pot, be sure and check out my posts on Which Instant Pot Button to Use and Quick Pressure Release or Natural Pressure Cooker Release.

I’m adding a great suggestion by one of my long-time Pressure Cooking Today readers. She suggested new users make several reliable recipes written for the pressure cooker before trying to adapt their favorites to the pressure cooker. “Better to experience some sure success before riding the bike without training wheels, so to speak.”