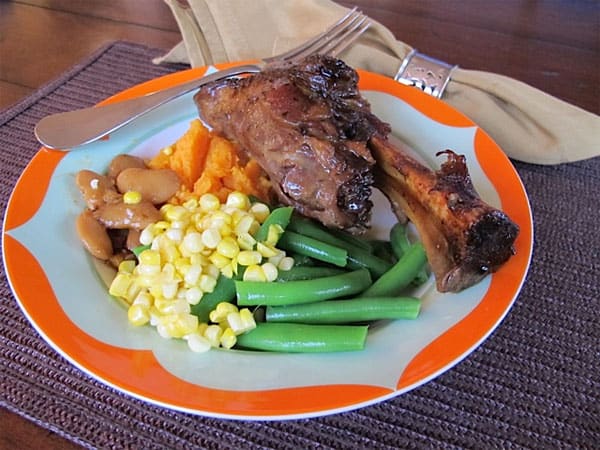 Today’s post is a guest post from Marilyn, My Global Kitchens. Marilyn is a long time pressure cooker cook. Marilyn has a Kuhn Rikon large deep sided saute pan that pressure cooks too. She uses it for searing meats then pressure cooking so she doesn’t have to cut the meat. She also has an old Innova 8 quart pressure cooker that is “extinct”, but she loves it for large pots of soup.

Barbara invited me to guest post on her pressure cooker blog; my posts generally mention pressure cooking but most of my readers do not own a pressure cooker. My Global Kitchens is a food and a travel website, so you’ll read about my travels to New Zealand. This lamb shank recipe was posted in it’s oven baked form on January 2 this year. I prefer the pressure cooker method for the hours it saves me! 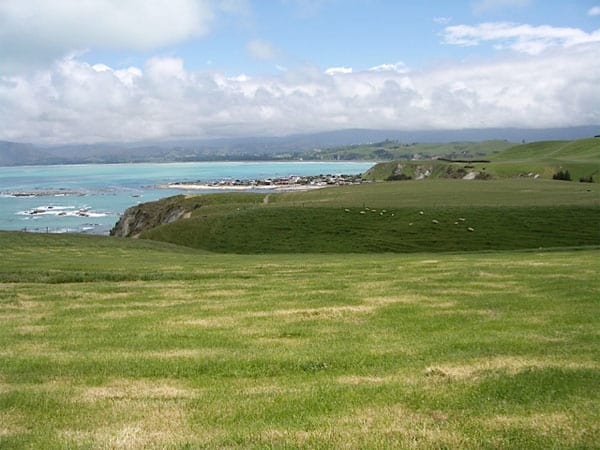 We have been to New Zealand twice: the first trip we covered parts of the North and a few areas of the South Island — and didn’t feel like we’d seen nearly enough. Two years later we returned and spent two weeks in the South Island and this time we knew the ropes and decided to do things a little differently.

We rented a Mauri camper van for travel and lodging, staying in motels only two times. The campgrounds were not crowded and featured nice bathrooms with showers, washers and dryers and hook ups for electricity and sewage as well. Oddly we did not see even one other American in the campgrounds! 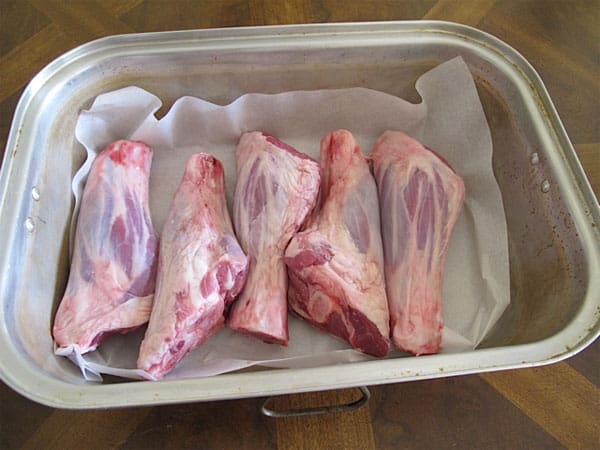 I make no apologies for the fact that I love lamb – lamb shanks, lamb stews, ground lamb, lamb chops, leg of lamb. And New Zealand is the “Land of Sheep” – they are everywhere and so it made great sense that lamb shank was on the menu of every single pub we visited. I venture to say that during our trip we had lamb shanks at casual eateries at least five times a week. Each preparation was different but I cannot tell you that any of the dishes were less than wonderful. In New Zealand, shanks are traditionally served with various vegetables and a heap of mashed “kumara,” a term they use for sweet potatoes. 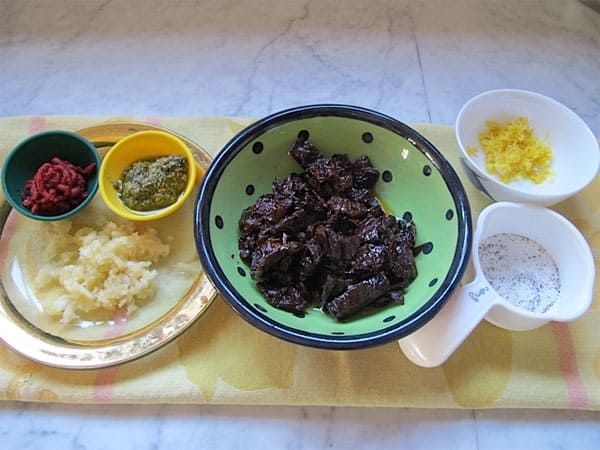 While I was there I picked up three cookbooks by a New Zealand cookbook author and TV show doyenne, Annabelle Langbein; her name consistently came up when I asked natives for a good New Zealand cookbook author. Indeed! She is the equivalent of the Barefoot Contessa in my book, and I have used Annabelle’s books not only for lamb recipes but for inspiration when making vegetables, salads and other dishes. The only caveat is that I need to convert grams to ounces and oven temperatures from Centigrade to Fahrenheit. Here I adapted her recipe so that I oven braise the shanks then finish them in the pressure cooker.

An Instant Pot is one of the most popular brands of electric pressure cookers. They are easy to use and your Instant Pot can help you create these Luscious Lamb Shanks!

The lamb shank preparation I love the most began with a recipe from Annabelle’s cookbook Assemble. I had to search in Seattle for lamb shanks that we not enormous (fore shanks are smaller and I greatly prefer them). I also found it interesting that lamb from Australia and New Zealand is grass fed and most likely organic – and I found the perfect shanks at … Safeway! Go figure…

Make these on a cold Sunday, and mash some sweet potatoes to soak up the savory juices. Roast some Brussels sprouts, green beans or brocollini and you will have a filling, beautiful plate of food. Invite some friends over, and pretend that these were very difficult and time consuming to prepare! You’ll be a star, I promise.

Preheat oven to 425 degrees and put oven rack close to the bottom. Line a roasting pan with parchment paper (for easier clean up). Dry the shanks very thoroughly with a towel, then rub the shanks all over with the salt and pepper. Place in the roasting pan in the oven uncovered for about 40 minutes until shanks are a little browned. Remove and pour off fat at the bottom of the roasting pan (mine had about 1?2 cup of liquid I poured off).

Stir remaining ingredients together, except the beans Place lamb shanks (they can overlap) into the pressure cooker and pour the rest except beans on top. Bring to full pressure and let it braise for 25 minutes or until really tender

Let pressure come down on it’s own-natural release. Be sure the meat is really tender. Remove lid, and take out shanks to a deep large rimmed bowl so the juices have room to collect.

Reduce the juices if you wish and season to taste. Add drained white beans and heat in liquid.

Serve each shank in a large bowl on top of a heap of mashed sweet potatoes and steamed or roasted vegetables around the lamb for color. In a pinch I have even used frozen veggies (a mix of corn, carrot and peas).

Tips: If making this ahead - and I often make the lamb the day prior to serving - the lamb fat can be removed then the lamb and liquid can be reheated.

Cooked lamb shanks freeze quite well in a little of the juice for up to 3 months.

Thanks Marilyn for guest posting and sharing your adventures in New Zealand and the story behind your succulent lamb shanks recipe. I’ve never cooked lamb at home, I need to give it a try.