This tender pork sirloin tip roast is coated in a spicy rub and cooked with apple juice for just a little bit of sweetness. And you can get it on the table quicker than ever when you cook it in your Instant Pot or other brand of electric pressure cooker.

This recipe goes great with Almond Rice Pilaf, Mexican Avocado Rice, or any other Veggie Side Dishes. 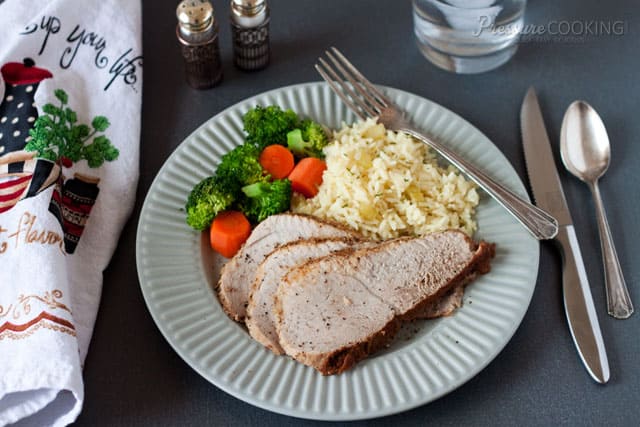 If you want to switch up your normal Sunday supper, try this lean pork sirloin tip roast. The rub gives this roast a nice mild flavor so it pairs well with almost any side. Don’t skip the browning step, which gives the meat additional flavor.

If you’ve never had pork top sirloin roast before, it’s a must-try! 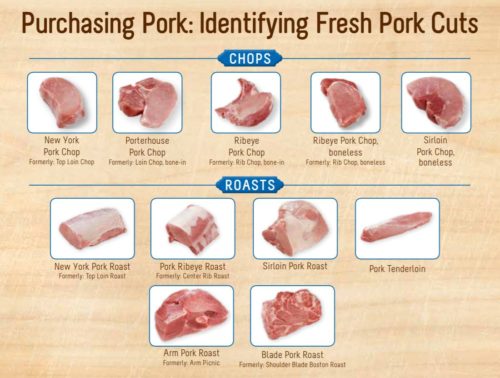 What Is Pork Sirloin Tip Roast?

Did you know that the USDA changed the names of cuts of pork for pork loin and pork chops? They’ve been rolling out the changes for a while, but it explains why you may keep finding new cuts of pork at the grocery store or in restaurants. (They’re not wrong that “blade pork roast” sounds more appetizing than “pork butt,” but it can be hard to remember when shopping at the grocery store.)

Sirloin tip roasts come from the top-back of the pig, next to the sirloin but before the ham. It’s a very lean cut of meat, so you have to be careful not to overcook it.

I first learned about pork sirloin tip roasts when I received an email from Pat, a sweet Pressure Cooking Today reader. If you’re a Costco shopper, you may have noticed them. Costco sells these pork roasts in a bundle of four, and each roast is about 2 to 3 pounds.

It’s a fairly inexpensive cut of meat, often selling between $1.50 and $2 per pound. Despite the bargain price point, the pork cooks up lean and tender.

One thing to be aware of is that the Costco sirloin tip roast is injected with pork broth and salt. If you’re watching your sodium or sensitive to salt, you may want to omit the salt from this recipe. 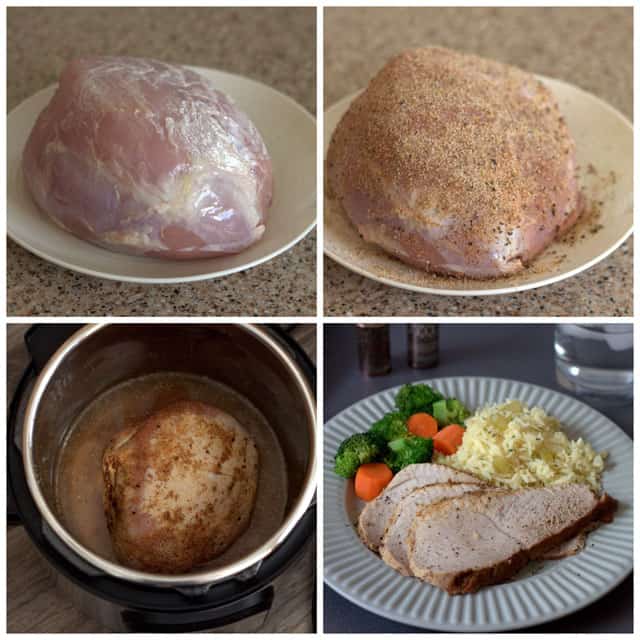 An Instant Pot is one of the most popular brands of electric pressure cookers. They are easy to use and your Instant Pot can help you create this delicious Pork Sirloin Tip Roast!

If you are new to the Instant Pot (or any other Pressure Cooker for that matter), we recommend our Getting Started Guide here. Also, here are our favorite easy recipes for beginners.

Pat cooked her roasts several ways. “I tried Italian style, with some ground fennel and rosemary in the spice rub, white wine, chicken broth and garlic bath, cooked only 12 minutes so that there was a little pink interior and served with a cannellini bean, red swiss chard side. This was a big hit with all! Also made great leftover pork sammies.”

How long do I cook the pork sirloin tip roast in the Instant Pot/pressure cooker?

If your roast isn’t 3 pounds, you’ll want to reduce your cooking time. There isn’t an exact science to how much you should reduce it—more time if it’s much bigger than 3 pounds, less time if it’s slightly smaller. I’d likely take off 6 minutes per pound of meat.

Here are some approximate calculations for pound to time:

However, if your roast is round and thick you’ll want to reduce the time less than if your cut of meat is more oblong and flat.

If you’re nervous about how much to reduce the time, you can always set the pressure cooker for less time, release the pressure, and check the temperature with an instant read thermometer. The pork should be 145°F and then allowed to rest for 3 minutes.

If your roast needs more time, lock the lid back in place and cook it a little bit longer. (When the meat and liquid are hot, the pressure cooker will return to pressure quickly.) 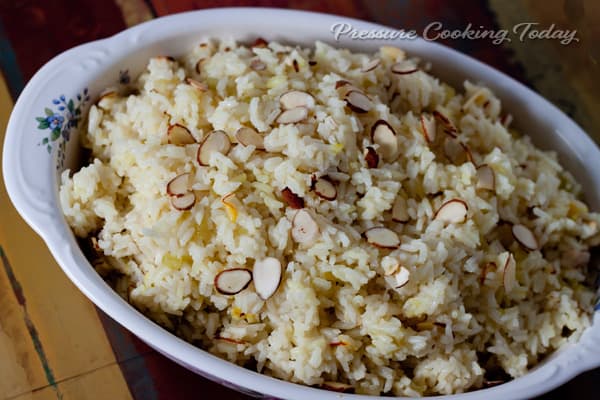 What do I serve with the pork sirloin tip roast?

Pork sirloin tip roast is a flavorful cut of meat, and it makes a great base to serve with many types of sides.

I served this pork roast sliced thinly with one of my favorite side dishes Saffron Almond Rice Pilaf. It also tastes great with Mexican Avocado Rice.

WHAT DO I DO WITH THE LEFTOVERS?

Since this makes a good amount of meat, the second time I serve it, I like to dice the pork roast into small pieces and serve it over a tossed salad with Cilantro Lime Rice with Cilantro Lime dressing. I load up the salad with diced fresh tomatoes, romaine and spinach, corn, diced carrots, julienned jicama, along with any other veggies I may have on hand.

Pat was right, the leftovers do make great sandwiches,  like these Pulled Pork Sandwiches.

This pressure cooker pork sirloin tip roast was a delicious meal that my family really enjoyed. Thanks Pat!

Update: This roast is a delicious meal that’s cheap and easy to put together. I made a quick video for you so you could see for yourselves just how great it is.

Other Pork Recipes You Will Enjoy: 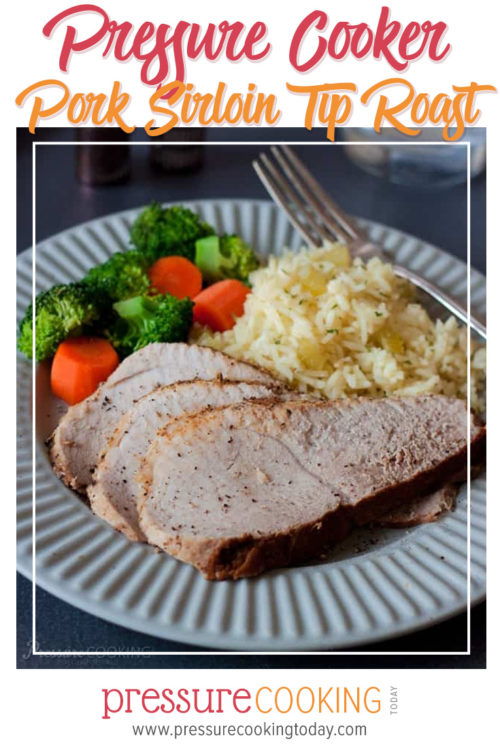 127 comments on “Pork Sirloin Tip Roast in the Pressure Cooker”