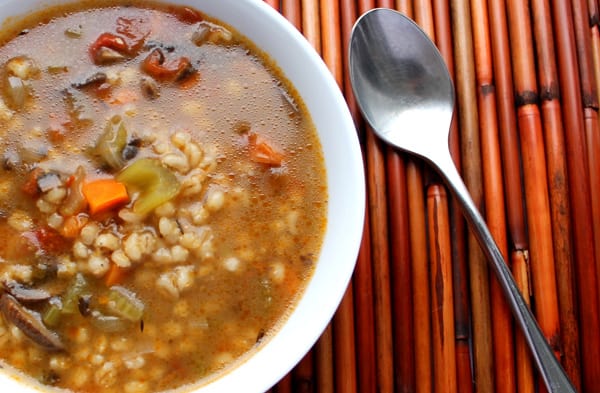 A hearty broth based mushroom soup that’s loaded with veggies and barley. This would be a perfect recipe for your next meatless Monday.

Today I’m featuring a pressure cooker soup recipe from JL Goes Vegan. JL became a marathon runner and triathlete in her forties, changed careers, and is now a certified vegan lifestyle coach and educator. JL has a cookbook coming out in 2013 and was also a contributor to The Everything Healthy Pressure Cooker Cookbook.

On JL Goes Vegan she shares delicious vegan recipes, many of which are cooked in a pressure cooker. In fact, JL has over 40 pressure cooker recipes on her site.

Making Portobello Mushroom and Barley Soup in an Instant Pot

An Instant Pot is one of the most popular brands of electric pressure cookers. They are easy to use and your Instant Pot can help you create this delicious Portobello Mushroom and Barley Soup! 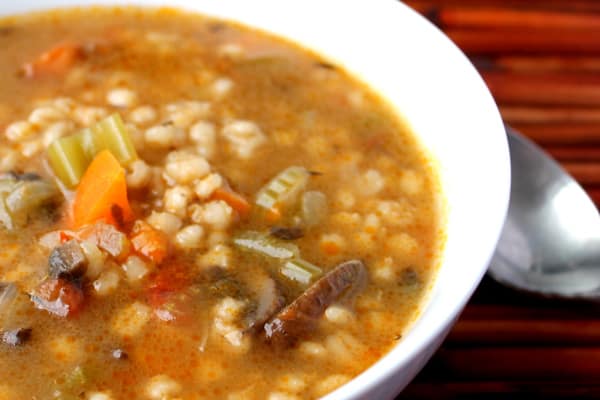 She whipped up this warm, wonderful soup one lazy Sunday afternoon last winter:

This recipe made me immensely happy because it was downright delicious and it was so freaking wholesome! Whole vegetables and a whole grain prepared with my own homemade vegetable stock made completely from more whole vegetables.

What made me even happier, though, was my omnivore husband’s response when I asked him to taste it. “Can we have this for dinner?”

Visit JL Goes Vegan for her delicious Portobello Mushroom and Barley Soup recipe, as well as food and fitness tips.

If you would like to have a recipe featured on Pressure Cooking Today, please contact me at pressurecookingtoday at gmail dot com.