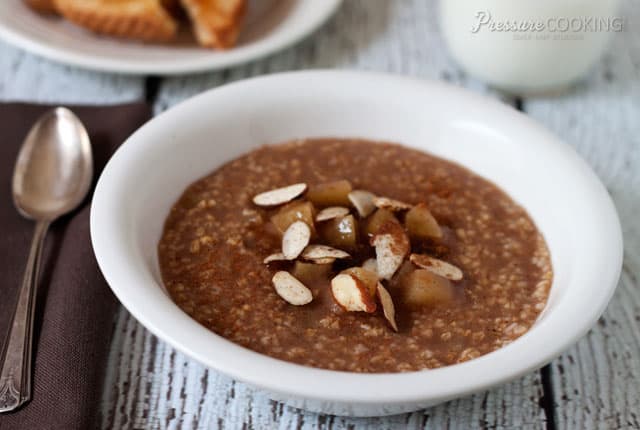 Start the morning out better with a hot, fiber-filled breakfast that will keep you full all morning but also tastes sweet and delicious.

My daughter recently decided to stop eating packaged sugar filled cereal in the morning, and gave steel cut oats a try. Her family enjoyed the steel cut oats, but my three year old grandson asked if next time she makes the oatmeal could she make it with cinnamon and apples like the instant oatmeal he likes. 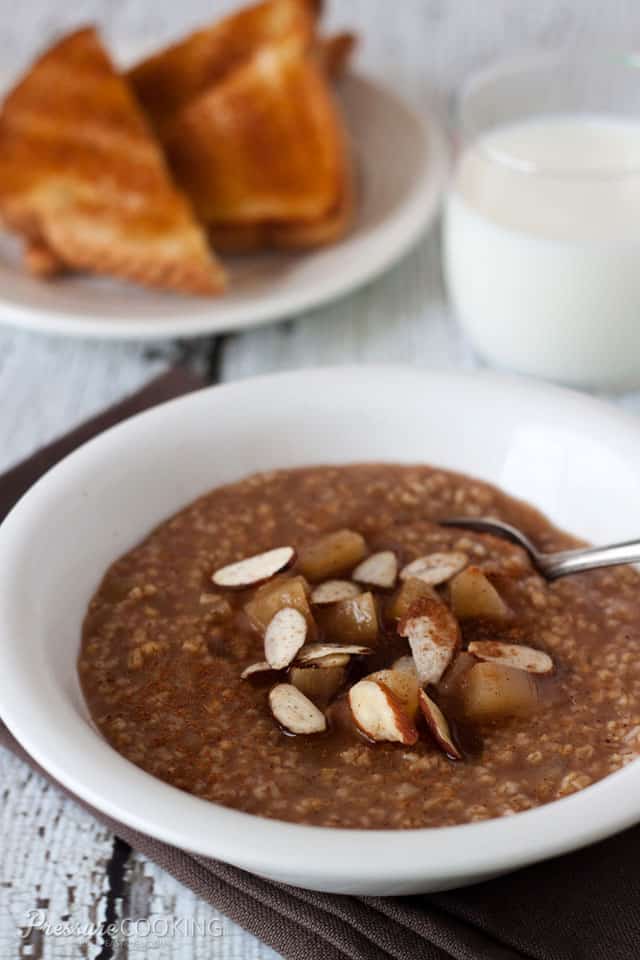 An Instant Pot is one of the most popular brands of electric pressure cookers. They are easy to use and your Instant Pot can help you create these delicious Cinnamon Apple Steel Cut Oats!

So I went to the market and bought a Cameo apple, because its sweet and juicy, and holds its shape when cooked. Gala or Rome apples would also be good choices. Avoid Red Delicious and Fuji apples because they won’t hold their shape.

I served my cinnamon apple steel cut oats with sliced almonds, a little brown sugar, and a sprinkle of cinnamon.

Add butter to pressure cooking pot, select Sauté. When butter is melted add the oats and toast, stirring constantly, until they start to darken and smell nutty, about 3 minutes.

Top with milk, nuts and additional brown sugar, if desired