Pressure cooker cornbread is a great side dish any time of year. Making this cornbread recipe in an Instant Pot is especially nice in the summer, when you don’t want to heat up the house using the oven. 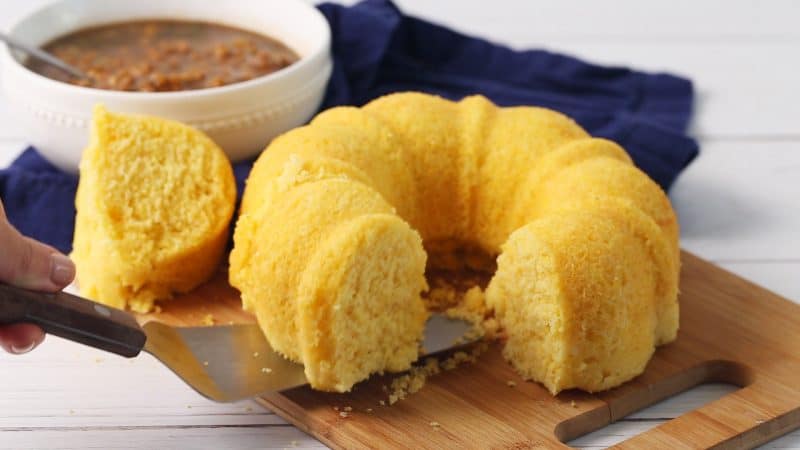 Recently, Genene Abraham and others in the Facebook pressure cooking groups I’m part of posted about how great cornbread “bakes” up in the pressure cooker. So I decided to give it a try and “baked” some pressure cooker cornbread to serve along side my Pressure Cooker Posole, a pork and hominy stew. 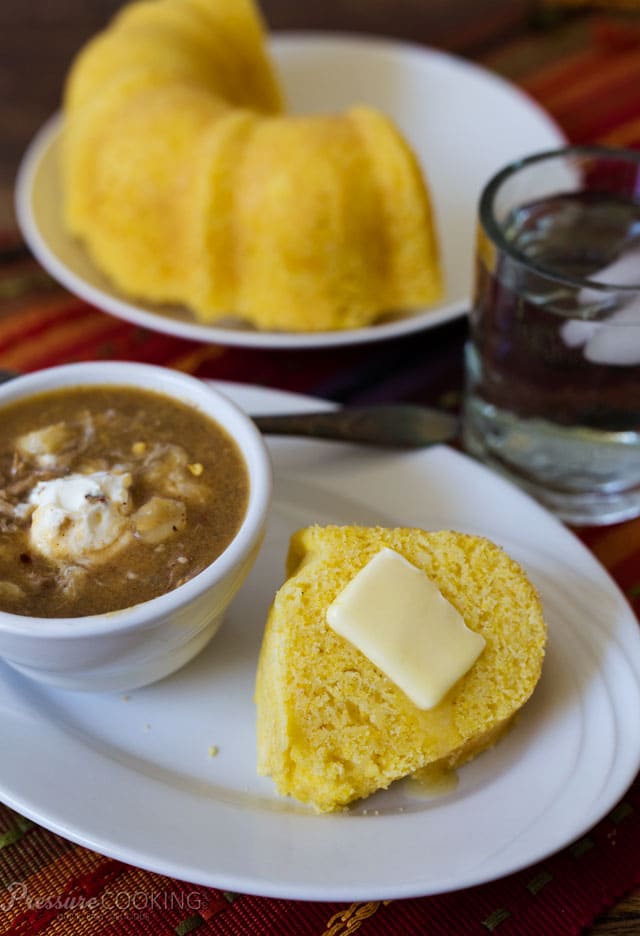 How to Make Pressure Cooker Cornbread in an Instant Pot

An Instant Pot is one of the most popular brands of electric pressure cookers. They are easy to use and your Instant Pot can help you create this delicious Cornbread!

While testing this recipe, I accidentally added extra milk to the batter. The cornbread with the extra milk came out lighter and fluffier than the cornbread I prepared following the package directions. I liked the lighter texture better, so I increased the milk in my pressure cooker cornbread recipe.

Jiffy Corn Muffin Mis inexpensive and claims to be America’s favorite, so that’s what I used to make my cornbread. If you prefer to make your cornbread from scratch, this Buttermilk Cornbread recipe is easily adapted to the pressure cooker as well.

Update: This Pressure Cooker Cornbread is one of my most-requested recipes, so I’ve updated the post with a video so you can see for yourself just how easy it is to make!

In a large mixing bowl, stir together the corn muffin mix, milk and eggs just until blended. The batter will be lumpy.

Spoon batter into half sized bundt pan sprayed with non-stick spray. (I did not cover the pan with foil.)

Pour 1 cup of water into the pressure cooker and place the trivet in the bottom. Put the bundt pan on the trivet. (Use a foil sling to help make removing the bundt pan easier.)

Lock the lid in place. Select High Pressure and set the timer for 20 minutes. When beep sounds, turn off pressure cooker and use a natural pressure release for 10 minutes and then do a quick pressure release to release any remaining pressure. When valve drops carefully remove lid.

Carefully remove the bundt pan to a wire rack to cool uncovered for 5 minutes. After 5 minutes, gently loosen edges, remove from pan and cool on a wire rack. 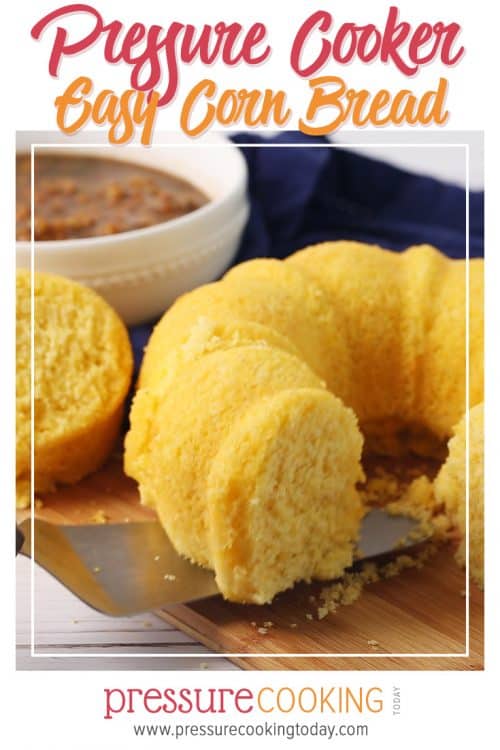