Welcome to Part 1 of the Getting Started Guide! There are five parts to this Getting started Guide:

Part 1 will help you get to know the different parts of your machine. For a full understanding of your specific pressure cooker’s parts, be sure to check out the diagrams in your user manual.

This is the exterior pot, the outside of the pressure cooker. The housing contains the electronics, the buttons, and the heating element. Also called:

Always use your Housing with the interior pressure cooking pot in place. NEVER ADD INGREDIENTS DIRECTLY TO THE HOUSING.

When cleaning your housing, wipe with a soft, damp cloth. NEVER submerge the housing in water. 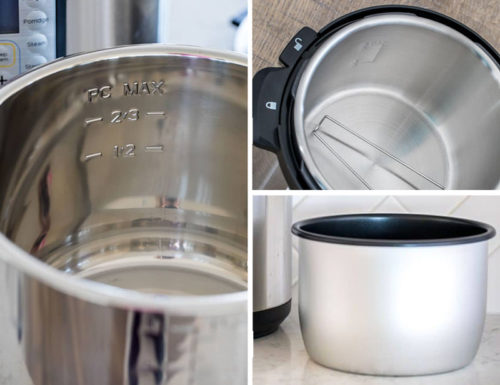 This is the interior pot, the one that fits inside the housing. This is where you’ll put the ingredients. Also called:

The lid locks in place on top of the housing—pretty self-explanatory. The pressure cooker lid contains a pressure release switch and float valve on top, while the underside of the lid holds the silicone gasket and a mini-gasket that locks into place on the float valve.

In most brands, the lid is a single solid piece that the silicone gasket attaches to; however, the Power Pressure Cooker XL has an inner liner that attaches to the gasket and presses into place on the lid.

To clean the lid, I prefer to use a cloth or sponge with soapy water to clean the metal underside of the lid and rinse immediately in the sink. I never submerse my lid in water and let it soak. (It can make it hard for the water to come out.) 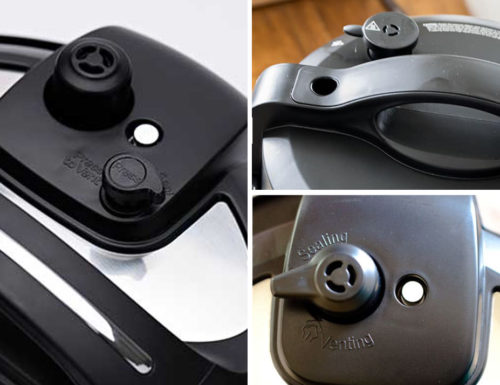 In my first cookbook, I called this part the Pressure Release Valve. However, after getting a number of questions from readers confused by having both a float valve and a pressure release valve, I’ve started calling this little part on the lid’s exterior a pressure release switch to avoid confusion. This part goes by a slightly different name in each model. Here’s the terminology for some of the most popular brands:

No matter what you call it, this switch controls whether the steam inside the pot can escape. Switch it closed to build pressure in the pot and open it to release pressure.

In some models, like the Instant Pot Max, the steam release switch is replaced by a button. It is not removable and resets itself to the Sealed position each time you remove the lid.

In other models, the pressure release switch just sits loosely on top of the lid. (Don’t worry if you notice it jiggling—totally normal!) For these models, the switch can be removed for cleaning. Clean the switch with soap and water; do not put in the dishwasher.

Exact names and cleaning instructions vary by brand; here are the recommendations for the most popular brands:

This removable ring is made of tough, food-grade silicone and attaches to the underside of the lid. When the lid is locked in place, this ring creates the airtight seal that lets the pressure cooker come to pressure. Also called:

If your model has a shield, I recommend removing it to clean and immediately replacing it to avoid losing any pieces.

>> That’s it for the pressure cooker parts! You’re ready to move on to the next section!

Part 2 in our Getting Started Guide will discuss everything you need to know about choosing a pressure release method, including how and when to use each type.

If you’re in a hurry to get cooking, you can always skip to our Make Your First Meal post and come back to review this information while you’re waiting for the chicken to cook.

Once you have your first meal under your belt, move on to some easy pressure cooking recipes. Before you know it, you’ll be making fabulous pressure cooker meals and wondering how you ever cooked without it! 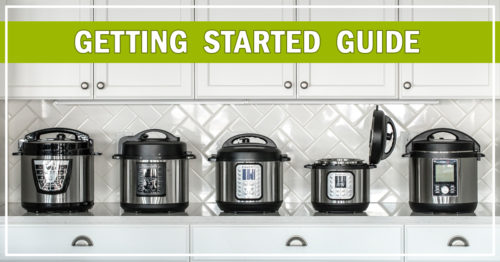 The Getting Started Guide Series

Other How To Guides