Pressure Cooker Pork Tamales made with masa that’s been combined with the flavorful cooking liquid from the spicy, tender pressure cooked pork shoulder. Pressure cooked tamales cook in half the time of cooking them on the stove.

No too long ago, I shared a link to Hip Pressure Cooking’s tamales on my Facebook page.  Tanette Arana left a comment on that post and shared her tamale recipe with me. She said she’d made tamales in the pressure cooker several timed, and her tamales were the “first tamale my Colombian husband has enjoyed!” 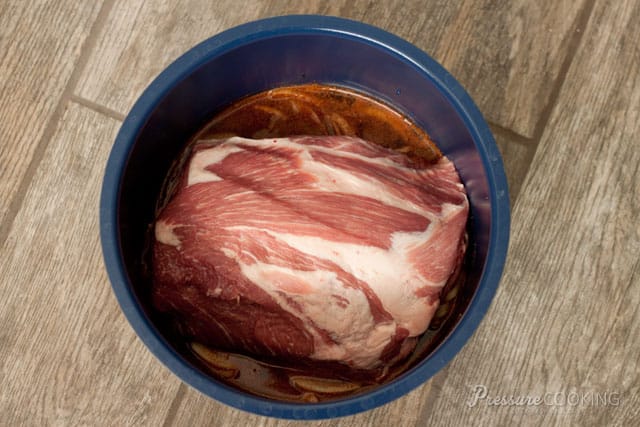 An Instant Pot is one of the most popular brands of electric pressure cookers. They are easy to use and your Instant Pot can help you create these delicious Pork Tamales!

Stephanie has lots of tips and a helpful slideshow showing how to wrap the tamales in corn husks on her post. I took Stephanie’s advice and made the tamales over two days. I pressure cooked the pork shoulder the night before I wanted to serve the tamales. 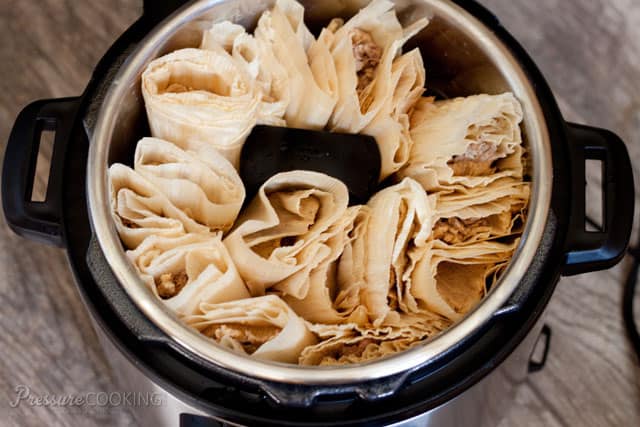 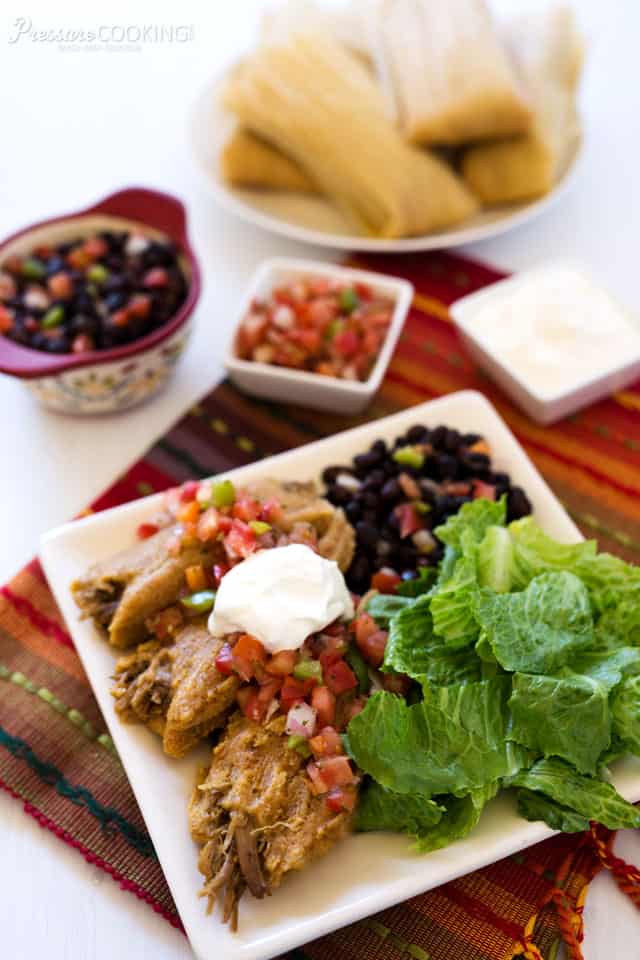 I was a bit worried after cooking the pork that the cooking liquid was too spicy, but when combined with the masa, it wasn’t too spicy, and gave the masa such a great flavor.

The recipe makes about 2 dozen tamales. My family of five ate all but five the first night. They enjoyed them as much as Tanette’s husband. I hope you will too.

Place the dried corn husks in a large pot (not the pressure cooking pot) and cover with water. Place a heavy plate or a smaller pot full of water on top of husks to keep them in the water. Let soak for 3 hours or up to 1 day, flipping occasionally until husks are softened.

Strain cooking liquid and reserve to make masa. (I put mine in the fridge overnight and discarded the fat on top the next day.)

Place shredded pork in mixing bowl and season to taste with additional chili powder, salt and cumin. As you season the meat, add a small amount of cooking liquid to moisten meat, but it should not be runny.

Put a steamer basket in the pressure cooking pot and add 2 cups water.

Unfold 2 corn husks onto a work surface. Take 1/4 cup of masa and, starting near the top of the husk, using damp fingers press it out into a 4 inch square, leaving 2-3 inches at the bottom of the husk. Place a heaping tablespoon of the filling in a line down the center of the masa.

Fold the sides until they just overlap, and wrap the husk around the dough. Fold up the bottom part of the husk.

Stand them up in the steamer.

Cook on high pressure for 20 minutes. Do a natural pressure release for 10 minutes, then use a quick release to release any remaining pressure.