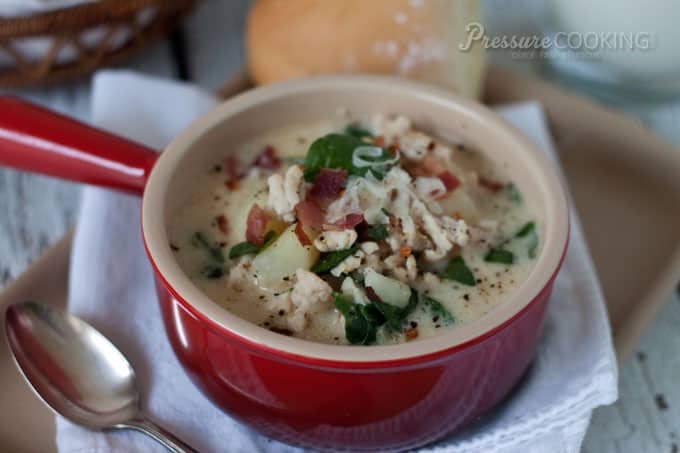 My copycat Zuppa Toscana is a lightened up version using chicken sausage, and evaporated milk instead of heavy cream, so you get a flavorful, creamy soup with a lot less fat. I used spinach in the soup because it’s what I had in the fridge, but Olive Garden uses kale. Bacon isn’t traditional either, but is a colorful, flavorful addition to the soup. 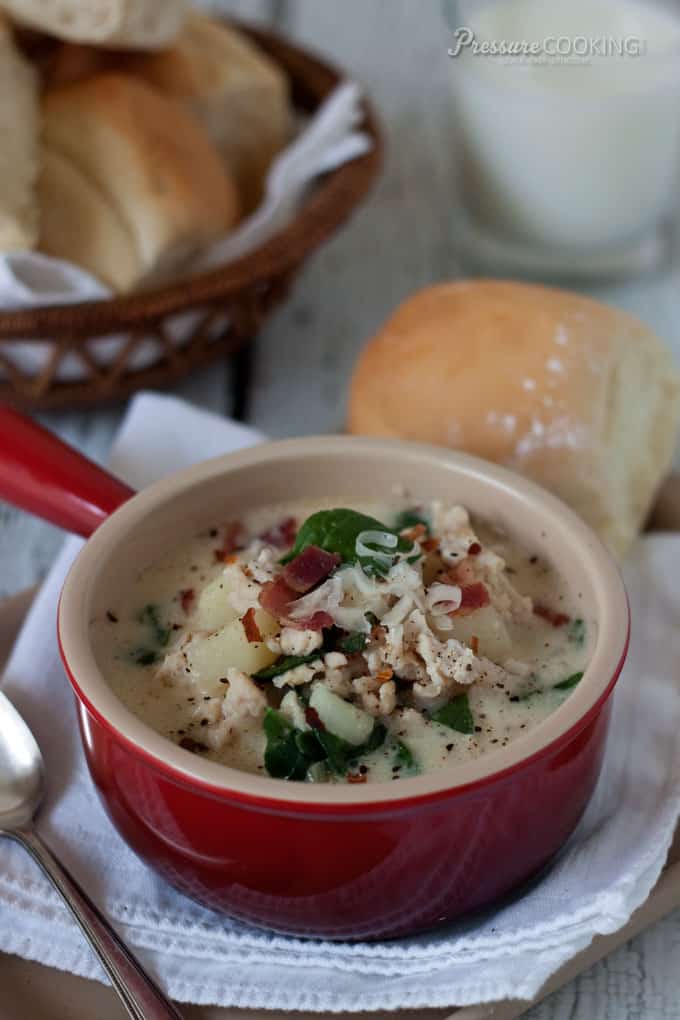 An Instant Pot is one of the most popular brands of electric pressure cookers. They are easy to use and your Instant Pot can help you create this delicious Zuppa Toscana!

I thought this soup was a little bit on the spicy side. But my husband and son both agreed that Olive Garden’s is a little more spicy, and sprinkled a little more red pepper flakes on the soup in their bowl.

Select Saute and add the bacon to the pressure cooking pot. Cook until crisp and remove to a plate lined with paper towels.

Add sausage to the pressure cooking pot and cook until browned. Remove to a second plate lined with paper towels.

In a mixing bowl, dissolve cornstarch in a little evaporated milk. Add to pressure cooking pot along with the remainder of the evaporate milk. Select Simmer and bring to a boil, stirring often. When soup thickens, stir in 3/4 cup Parmesan cheese, spinach, browned sausage, potatoes and half of the crispy bacon.